Construction of PV systems at the Regional Central Hospital and the Technical Vocational School of the cities, respectively.

A total of 323 modules were installed for 6 systems.
We installed two systems with 46 kWp nominal power each at the hospitals.
At the vocational schools, we installed one system with 4.6 kWp each for training grid-connected photovoltaic systems and one system with 1.4 kWp each with a 6 kWh storage unit for training off-grid stand-alone systems.
Although the systems in the vocational schools also feed electricity into the local grid, they are primarily intended as training objects for the next generation of solar installers.
At each of the two locations, Aneho and Sokode, one system was installed as a ground-mounted system and one as a rooftop system according to European and Togolese standards. This allows trainees to study the two most commonly used installation types on site. Part of the delivery was also high-quality tools for the vocational schools for the maintenance of the systems and installation of further systems, as well as protective equipment for the safe handling of the solar systems.
The two installations on the hospitals can generate over 70,000 kWh of electricity per year. This allows the hospitals to save up to 12,600 EUR each. 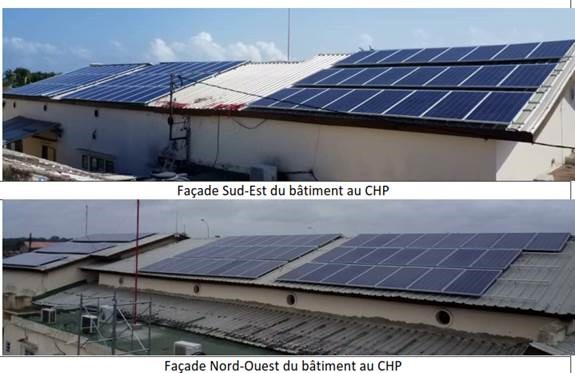 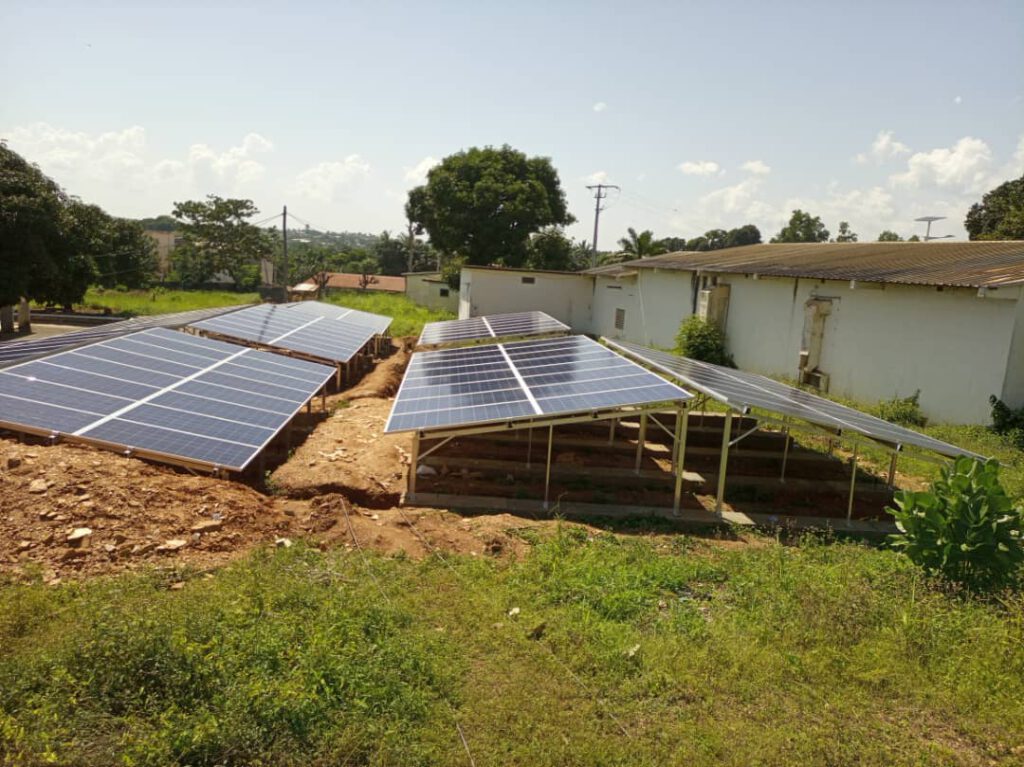 The widow home in the village of Makak in Cameroon ist supported by a German NGO.

Despite the fact that the village is connected top the national grid, people are suffering from severe power cuts for weeks or sometimes even for month.

With a small budget a 1,5KWp solar power system could be installed. Second-hand solar modules were used which had been extensively tested and approved.

Since there was no space for an open installation, a compact pre-installed system was delivered from Germany ready to use. Therefore the local team had no problem to install the entire system within a day.

Hybrid system for a plantation village

The village of Dikwi II ist located in the center of the cameroonian bush. 50 families are living there working for the nearby pineapple plantation. Until 2015 the village was served with electrical power by diesel generator for four hours only per day.

Close to the village a small river can be found which has sufficient water especially in the raining season. After a detailed study with the local partners the decision was made to install a small water turbine at a small waterfall.

The turbine is supplemented by solar modules charging a batterie bank. With this solution seasonal up-and downturns of the system can be levelled and high power demand in the evening can be served.

The camp has now 24 hours power supply for all necessary devices and lights. The families can now drop the dangerous use of kerosin lamps.

The Takamanda National Park Headquarter ist located at the edge of the National Park. The park is separated from the rest of the country by a river without bridges. The entire material had to be transported across the river by small canous and to be carried by man vor last three kilometres.

Since the headquarter is in a very remote area but must be available via satellite and radio at any time, the decision was made for a redundant system. Two entirely identical solar power sytems with batterie storage ensure a permanent power supply for the headquarter.

Mount Cameroon is the biggest mountain in western Africa. At his slopes the Mount Cameroon National Park, visited by thousands of tourists every year, can be found.

In 2016 the National Park Management constructed two eco lodges at half way up the mountain. Both lodges were equipped with solar power sytems and batterie storage by solvienta GmbH. Solvienta GmbH also delivered and installed the water treatment and heating technologie and the energie efficient lightning equipment.

The vocational school RTC ist located in the mountains in western Cameroon. Young poeple are educated in trades and have the possibility to achieve a qualified degree.

Since some of the machines for the training need a three phase grid, we and our local team delivered and installed a solar power system with batterie storage and adapted inverter.

Just like all our sytems, the system is modular and can bei extended at any time. Planned is the installation of an wind-and water power system, which will be constructed by the trainees as training and showcase.